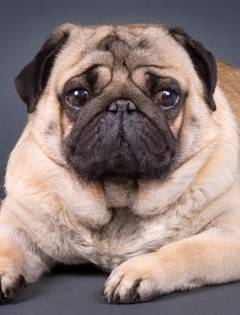 People sometimes panic after they hear that their pet has been diagnosed with an MRSA infection. ("Dr. Google" doesn’t help because if you search "MRSA" you can come up with a lot of scary information). However, it’s very important to understand that just because MRSA is involved, it does not mean that an animal (or person) has an untreatable infection. In fact, there are typically at least a couple of different treatment options available. That’s not to say that MRSA infections are of no concern, because they certainly are, but you have to maintain some balance.

Two studies presented at the ASM-ESCMID conference on methicillin-resistant staphylococci in animals re-inforce this. Dr. Andy Hillier from The Ohio State University presented a small study looking at 11 dogs with MRSA infections, including skin infections, surgical site infections, soft tissue infections and an ear infection. One dog was euthanized before treatment was started. All of the other 10 dogs survived. Aggressive treatment was needed in some cases, including some that required surgery to remove surgical implants or severely infected tissue. Still, they survived.

Similar results were presented by Dr. Meredith Faires from the University of Guelph. As part of one study, she reported survival of 42/45 (93%) of dogs with MRSA infections. A large percentage of dogs in that study had MRSA skin infections, which would not typically be expected to cause death, so it’s important to consider what types of infections are involved. Studies of invasive infections (e.g. infections of deeper tissues, infections of the bloodstream) presumably carry a much worse prognosis.