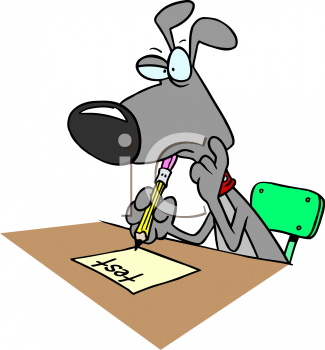 I get this question surprisingly often. In one way, that’s good because it shows increasing awareness of the potential for interspecies transmission of microorganisms. In some situations, when a person has an infection, the pet should be considered in case it was the source of the infection and/or in case it’s at risk of becoming infected by the person.

Clostridium difficile is a very important cause of diarrhea (and sometimes more severe intestinal disease) in people. Previously it usually only affected people confined to hospitals and people being treated with antibiotics, but it’s now being identified more often in people in the community.

The potential for interspecies transmission of this bacterium is real.

However, there’s currently no indication that testing is needed.

If you have C. difficile, it’s reasonable to take precautions to reduce the risk of infecting other individuals, both human and animal:

If you have recurrent C. difficile infections, considering the pet as a possible source might be reasonable, but we don’t currently know what role pets may play. As described above, investigating your pet as a possible source would require culturing stool from both you and your pet, having both typed using molecular tests, and a joint effort involving your veterinarian and physician.