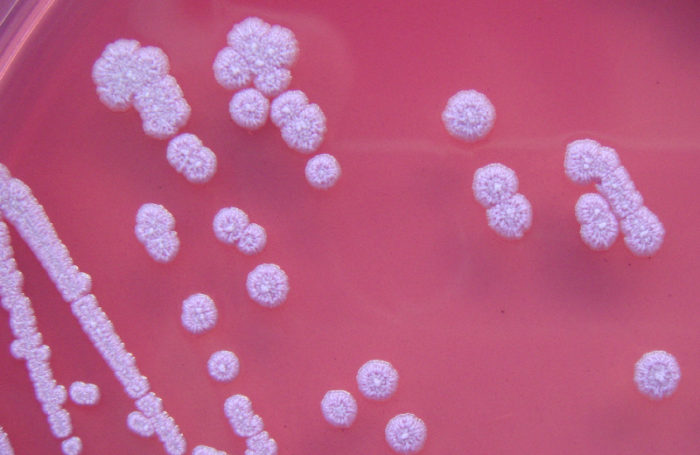 Melioidosis is a disease that wouldn’t come to mind with a sick dog here in Canada. However, it is present in various parts of the world and is also a serious disease in people. Recognizing a case in North America is rare (and it’s easy to miss since most veterinarians haven’t even heard of it, let alone seen a case before). Yet, with the amount of international dog movement, it’s something to be aware of.

A case report in Zoonoses and Public Health (Ryan et al 2018) outlines some of the issues, describing the public health response to a case identified in the US.

Here are the highlights:

Burkholderia pseudomallei is a bacterium that is normally found in soil and water, particularly in southeast Asian and northern Australia, but it can be found in many other countries. Since it can cause a range of illnesses in people, including life-threatening bloodstream infections and pneumonia, exposure to an infected dog that is shedding the bacterium in urine (+/- other body sites) raises concern.  However, it’s important to note that the vast majority of infections in people are thought to come from soil or water exposure, and there is limited evidence of direct animal-human transmission.

The field investigation looked at the shelter, veterinary clinic and lab. Twenty-seven people from the clinic and lab had been exposed to the dog, its urine or the bacterial isolate (excluding anyone who might have had contact with the dog in transit – those individuals are often forgotten and can be very difficult to tract). Sixteen of these people were considered a concern, with 14 classified as low risk, and 2 (both individuals with underlying medical conditions) classified as high risk. One of the high risk individuals was given prophylactic antibiotics. Six of the 16 agreed to symptomatic monitoring by public health personnel, and three agreed to blood tests.

As mentioned in my last post, we’ve started a disease mapping initiative to hopefully help fill some of the knowledge gaps when it comes to regional disease risks in imported dogs. Here’s our first melioidosis map; click here to go to the interactive map that will let you zoom in.  Please contact us if you have information relating to other areas where melioidosis is present so we can keep improving the map.