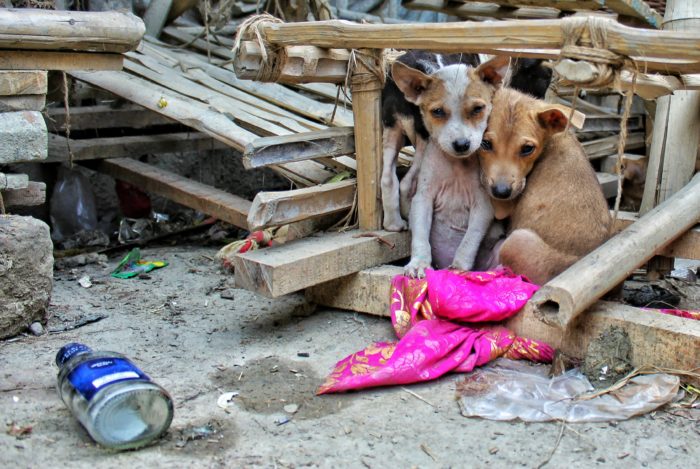 For the second time in 7 months, rabies has been identified in a dog in Ontario that was imported from Iran through a rescue organization.  The first case was detected in July 2021 in an adult dog that started to develop signs of rabies within 10 days of arrival in Canada, and was euthanized 2 days later.  The second case was detected in January 2022 in a dog that was imported at the age of approximately 3 months in June 2021.  That dog developed neurological signs that progressed rapidly over six days despite medical treatment, at which point the dog was euthanized.  These cases each led to extensive investigations involving multiple public health units.  Toronto Public Health had to issue a press release in order to locate one person who had contact with the second dog.  A total of 51 individuals received rabies post-exposure prophylaxis (PEP) as a result of contact with the two dogs.  Both dogs had been vaccinated for rabies in Iran prior to importation with a vaccine that is not licensed in Canada.  In both cases, the rabies virus involved was confirmed to be a canine variant known to circulate in Iran.

The second case was actually very unusual, not in its presentation, but in that the incubation period for the virus was very long.  We know based on genetic sequencing of the virus that the dog had to have been exposed before it left Iran in June (i.e. it was not infected with rabies after arrival in Canada), but it didn’t develop signs of rabies until mid-January, which is over 6 months.  Almost all dogs infected with rabies develop signs within 6 months (most in less than that), which is why this is the accepted international standard for quarantine of an exposed dog when required – but there is a very tiny number of documented cases with an incubation period longer than this.  We can add this one to that very short list.

Keep in mind that on July 15, 2021, the US Centers for Disease Control implemented a ban on importation of dogs from over 100 countries considered high-risk for canine rabies, including Iran.  Although the dogs in these two cases were both imported before the US ban went into effect, there is now potential for more dogs from these countries to be redirected through Canada, which may increase the risk of dogs carrying rabies entering Ontario and other provinces – like the 158 dogs and 146 cats that were recently imported from Afghanistan through Vancouver BC.

Veterinarians who examine a dog, cat, or ferret recently imported into Canada should make sure they get a copy of the animal’s previous vaccination record and/or health certificate and examine it carefully to ensure the animal is currently vaccinated against rabies if it is over 3 months of age.  If there is any question regarding the validity of the animal’s documentation or the reliability of any previous vaccinations (in terms of product used, route of administration, age at administration or any other concerns), then the animal should be revaccinated for rabies as soon as possible, and a new vaccination certificate issued by the attending veterinarian. Under the Health Protection and Promotion Act (Reg. 567), previous vaccination using products that are not licenced for use in Canada is considered invalid in Ontario.

*Remember*: Vaccination prior to importation is intended to help protect dogs from rabies exposure AFTER arrival in Canada. It does NOT reliably prevent rabies in a dog that was exposed to the virus prior to vaccination and import.  The typical incubation period for rabies in a dog can be up to 6 months, so any dog from a high-risk country (unless it has been effectively quarantined from other dogs for at least 6 months) must be considered at risk for developing rabies for at least that long, even if it’s vaccinated.

There will surely be much more discussion about rabies and canine importation issues in the weeks and months to come.  There are many long-standing issues with this practice, propagated by both well-intentioned but uninformed individuals and groups, as well as unscrupulous parties looking for a quick profit.  It will take coordination and collaboration by many to help solve the problems, including educating prospective dog owners who ultimately create the market for imported dogs.