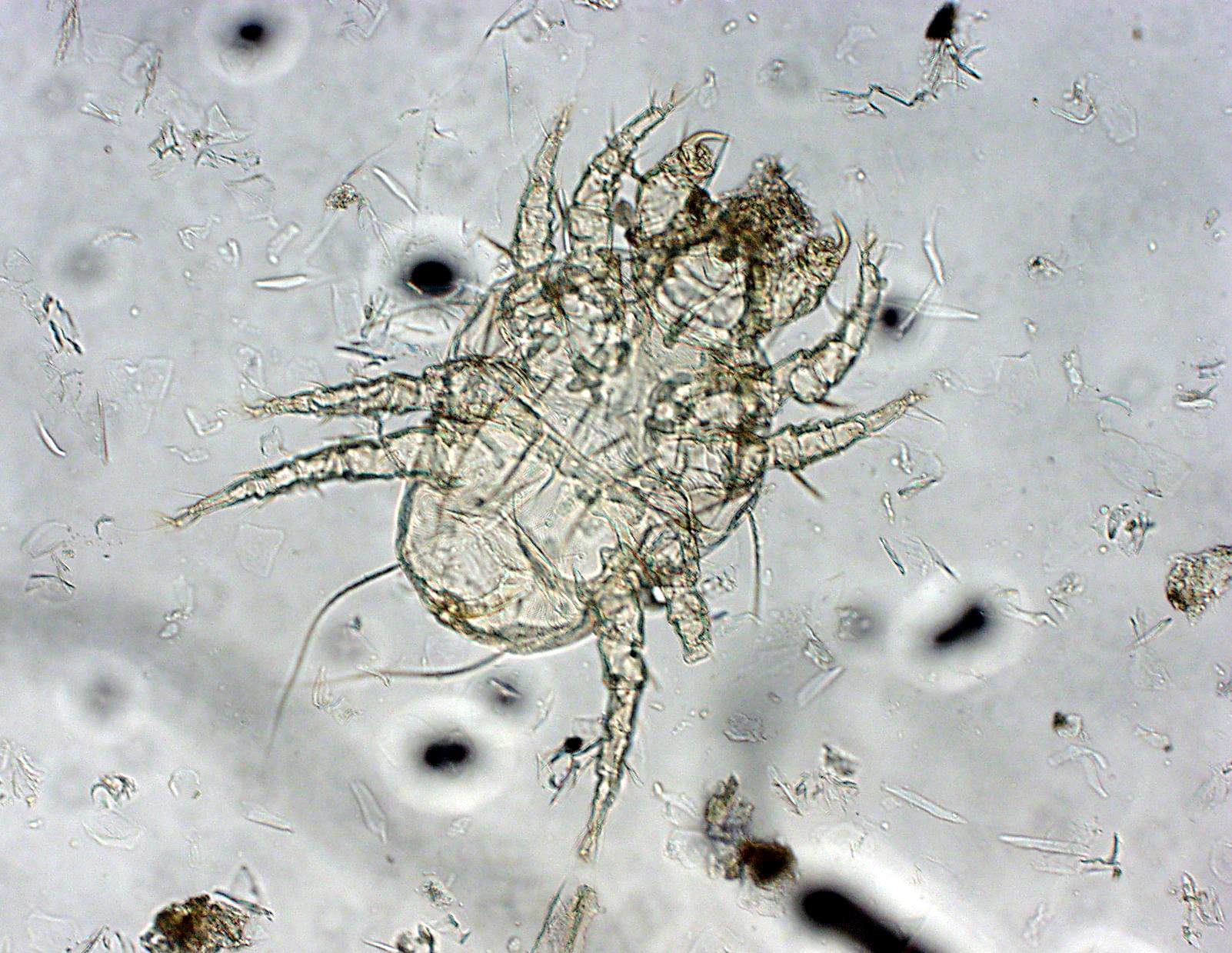 Cheyletiella is a genus of mites that commonly affect dogs (C. yasguri), cats (C. blakei), rabbits (C. parasitovorax), and occasionally people.  Unlike Sarcoptes species (the mites that cause sarcoptic mange), these mites live on the surface of the skin and do not burrow into deeper layers.  They feed on dead skin cells and occasionally tissue fluid.  Infestation with these mites can be very itchy, but not always.  Cats in particular can carry the mites without any visible abnormalities of their skin or fur.  Typically, however, the affected animal’s fur becomes crusty, scaly and inflamed, and sometimes patches of fur may be lost.  The mites are usually a little less than a half-millimetre long (so they are visible to the naked eye if you look closely) and grayish-white.  They tend to be quite active and crawl around (but they don’t jump like fleas), which gives them the appearance of walking dandruff.  Diagnosis is easy if the mites are seen strolling around on a table or blanket, otherwise they may be found on a "scotch tape test" or superficial skin scraping.

People can be affected too if they have close contact with a pet carrying Cheyletiella.  Lesions, which usually take the form of single or grouped small red bumps on the skin, typically appear on the arms, trunk or thighs, and sometimes can be extremely itchy!  It is rare to see the mites themselves on a person – usually they’re found on the pet.  The good news is these mites can’t actually complete their life cycle or survive for long on people, and in the environment even the hardiest forms of the parasite (usually the eggs and adult females) die within about ten days.  So once the source of the mites is eliminated (by treating the pet with an appropriate anti-parasitic drug which your vet can prescribe), the signs in any affected people will resolve on their own without specific treatment (but you might want something for the itch!).