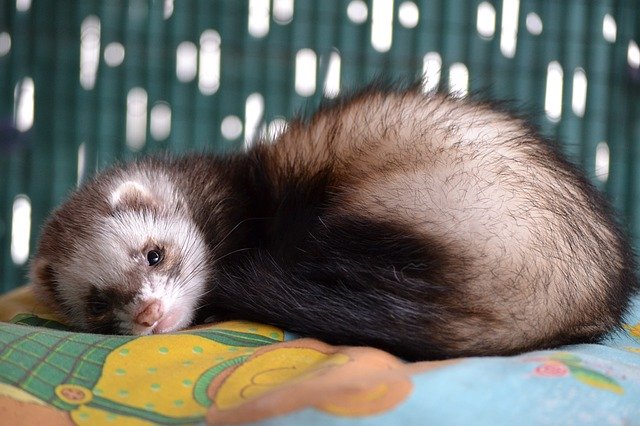 Hot on the heels of the experimental study of SARS-CoV-2 in ferrets that I discussed a couple days ago is another new study, available in pre-print, that looked at susceptibility to SARS-CoV-2 in a slightly wider range of animals, including ferrets, cats, dogs, pigs and poultry (Shi et al. 2020).  Bear in mind that the study is only a pre-print (made available by bioRxiv), meaning it is only a preliminary report and hasn’t yet been peer-reviewed.

The overall take-home was that, as previously reported, SARS-CoV-2 replicates well in ferrets, which isn’t surprising. The authors also reported that cats seem to be quite susceptible to infection. That’s not  surprising either based on cats’ susceptibility to the original SARS virus, but it raises the stakes a bit in our need to investigate natural infection in this species (i.e. in people’s pets). The good news is they didn’t find any evidence of infection in pigs or poultry. Read on for more details.

In this experiment, ferrets were infected through intranasal administration of virus, and live virus was detected from nasal washes days 2-8 after infection.  Testing for the virus is often done using PCR, a method that detects viral RNA, but can’t differentiate between “live” (infectious) virus or dead virus. Virus isolation (usually done in cell culture) is more difficult, but lets us know if live virus is present. Here, there were positive results with both techniques.

Lower levels of virus were detected in feces by PCR but live virus wasn’t recovered. The virus seems to replicate mainly in the upper respiratory tract. Unlike the previous study, disease wasn’t as consistent, with only some of the ferrets developing fever and loss of appetite. Antibodies were detected in all ferrets, consistent with infection.

Subadult (8 month old) cats were inoculated intranasally, as for the ferrets, but the reserachers didn’t collect routine nasal samples from the cats because they were too aggressive to risk handling them that often (the risk of human exposure through a bite probably played a role here). Virus was detected in feces of some cats on day 3 and all cats on day 5. Two cats were euthanized 6 days after infection and live virus was detected from the upper respiratory tract of one. In the other, viral RNA was detected by PCR in the small intestine, but live virus wasn’t detected.

To look at transmission, they also placed 3 uninfected cats in adjacent cages. Virus was detected by PCR in 1 of 3 cats and all three developed antibodies against the virus. It was concluded that the virus was transmitted to all three cats, presumably as a result of respiratory droplets moving over a short distance from one cage to the other (just like in people).

Testing was then repeated with younger cats (70 to 100-days-old). The results in the preliminary report are sparse, but they said younger cats were more permissive to infection, with  “massive lesions in the nasal and tracheal mucosa epitheliums, and lungs of both cats”.  No obvious illness was mentioned, though.

Five three-month-old beagles were inoculated with virus and housed with 2 uninfected beagles. Viral RNA was detected using PCR in feces in 2/5 inoculated dogs on day 2 and in one on day 4. Live virus wasn’t isolated. The dog was that positive on day 2 was euthanized and virus wasn’t detected in any tissues. However, 2 of the 4 remaining dogs developed antibodies against the virus, indicating they had been infected and their immune systems had responded. There was no apparent transmission to the two dogs co-housed with the inoculated dogs. These data suggest that dogs are susceptible to infection but that susceptibility is low and there is less risk of transmission from an infected dog to another dog (or person) compared to ferrets or cats.

The researchers did similar studies with pigs, chickens and ducks. None became infected. Pigs are the noteworthy species here since there was some concern about their susceptibility based on genetic analysis of the virus’ receptors. It’s a small study that needs to be replicated but that aspect was encouraging.

Overall, the ferret results are not surprising. Ferrets are clearly susceptible to this virus. Cats also appear to be susceptible but are less likely to get sick. No shock there either, though the fact that cats could transmit the virus without direct contact raises some concerns. It was a very small transmission study so we need to see more data from other studies. The dog results are encouraging and support a low risk of infection of, and from, dogs.

Ferrets and cats remain our main focus, both in terms of keeping infected people away from them (so the animals don’t get infected) and keeping exposed animals away from unexposed people. In a household with a person with COVID-19, the risk to others in the household is still mainly from that person. However, we want to make sure pets don’t track it out of the household if people don’t recognize the potential for animal infection. The size of the overall impact of this is completely unknown, but it makes sense to take simple steps to reduce exposure of pets and keep exposed pets away from others.